Subtitle: Greetings from  the Mosquito Coast


We successfully made it through pack-out, pack-up and 20 hours of transit to arrive in the DC area.  My husband, Toby and I are spending two weeks near Chestertown, MD. As described in detail here, for me home leave is that delicious time to set aside the backpack of responsibility and bask in unstructured time.  From the State Department's point of view, it's our time to become "re-Americanized" after years of foreign immersion. Rather than returning to our home state(s), we've decided to spend home leave trying out new regions, seeing if there might be somewhere new we could see ourselves living after all is said and done.  Besides, our own house currently has tenants and love family as we do - weeks of uninterrupted time as house guests (with Toby) isn't quite the vacation it sounds like. Home leave 2015 was a winter month on the Florida panhandle living among the snowbirds, and this time we're learning about life in the Chesapeake Bay.

Our first four or five days found us still under the influence of Romania's time zone, which is seven hours later than the East Coast.  This meant that were bright eyed at 3:00 am and forcing ourselves to stay in bed until the far more decent hour of 5:45 am when we were raring to go, tea and coffee poured and planning the day. Woohoo!  The flipside of this early start was that we had to nap in the afternoon to even stay awake for a 6:30 pm dinner.  Now fully acclimated on the 13th day, it's breakfast at 9:00 and out of the house by 11:00 if we really push.

Earlier this spring, as soon as I was able to nail down a departure date from Bucharest, we searched for accommodation.  We were lucky in 2015 to be renting during low season (February), but in the height of summer - the costs are about double.  We didn't want a place where after the arduous flight, we'd then have another connecting flight or a long drive for Toby; therefore, this quiet, rural area only 90 minutes outside of DC fit the bill. We've rented a mother-in-law apartment on a large, shady lot fronting a tidal tributary of the Chester River.  I hadn't anticipated how agricultural this area would be, and combined with the charm of colonial towns - I'm finding it the perfect combination to re-immerse ourselves in Americana.


Eager to get to know our new surroundings, we filled our first week with daily outings in all directions. We were very fortunate to find hosts we really like and who have not only given us great recommendations for places to visit and eat, but who also have invited us out on their own boat and sailing as part of the crew on their friends' schooner.  Besides riding on commercial ferries, I really didn't have any prior boating experience, so this has been an education into the water life that is so much a part of the Chesapeake Bay culture. 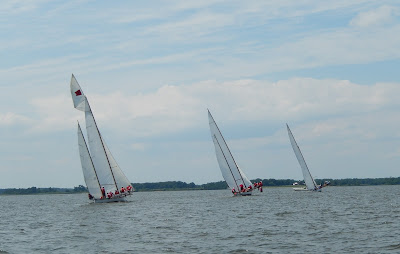 But this area is more than just boats and seafood - it's also amazing for the variety of bird watching, either from our front garden or the wildlife refuge just a short drive away.


Speaking of wildlife, we also hit the Delaware/Maryland coast in search of what I had imagined were going to be towns bursting with Romanians. What? See, our Consular Section just spent the past three months issuing over 7500 J1 Summer Work and Travel exchange visitor visas to Romanian university students to work in tourist destinations from Maine to Alaska, with perhaps the highest concentration ending up in Ocean City, MD. Back in May, while I was interviewing thousands of these kids, I was pictured them seeing only other Romanians and questioning just what type of American experience they were going to have.  So we took a day to head to the coast in search of some J1s and darned if after a few hours of walking from t-shirt stand to fudge factory to souvenir shop - we found exactly four.  I expected at least a few of them to recognize me and exclaim something like, "Hey - it's that nice lady from the Embassy!" But it didn't quite go down like that. Instead, it was more like:

"Hello Romanian student! Remember me from your interview?
No, the interview at the Embassy.  Yes, in Bucharest.
I was one of the ladies behind the window?
Remember - the ones asking you a bunch of questions in English?
Maybe I altered the course of your life by issuing your visa and you said it was the happiest day and then skipped out the door to tell your friends?
Really? Still nothing?"

But when they saw my husband they were all:
"Hey - it's the fingerprint guy!"

Ah well, I guess that 39 seconds of their life didn't make quite the impact I'd imagined.
But they looked so happy in their salt water taffy shop right there on the boardwalk, surrounding themselves with other J1s from all corners of the globe (we met Ukrainians, Jamaicans, Bulgarians, Chinese, Lithuanians and a Kazakh) and living the American summer life.

As we go around visiting, I feel like we're on a first date with the region.
Physical beauty? Yup.
Interesting history? Check.
Similar political beliefs? 50-50.
Fun things to do? Definitely.
Diversity? Indeed.
Attractive architecture? Yes.
So far so good. But there has been one less-than-wonderful aspect of life on the water's edge: it's been perhaps the hottest, muggiest and buggiest place I've ever visited. Like waking up to the house windows already fogged up and dripping by 7 am. It's been in the mid-90s nearly every day with up to 100% humidity and all this greenery and wet means bugs bugs bugs.  I'm sure the birdies I love to hear and watch are thriving on all these creepy-crawlies, but the ongoing battle with the no-see-ems (we sure feel-ems!), ants, skeeters, spiders, ticks etc... has "dampened" the experience somewhat.  And my hair has never been wavier.  Ah well - part of the experience, right?

This weekend we move back to DC. Back into Oakwood temporary housing until we can move into a permanent apartment.  Back to work on Monday and slipping on the backpack of responsibility.

I think I'll just enjoy the bugs a little longer. 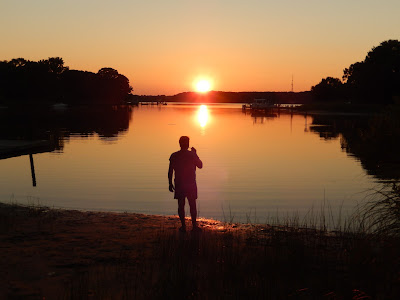 We have spent nearly two years in Bucharest.
This is what that time looks like. This is what happened along the way.

Soundtrack:  CCR's "Lookin' Out My Backdoor"

March 6, 2017 - Trip to western cities of Timișoara and Cluj-Napoca for visa outreach 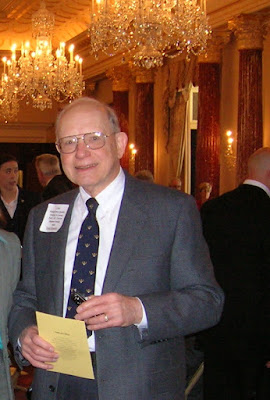 April 2017 - Still riding after all these years!

May 2017 - Wedding season at the Botanical Gardens 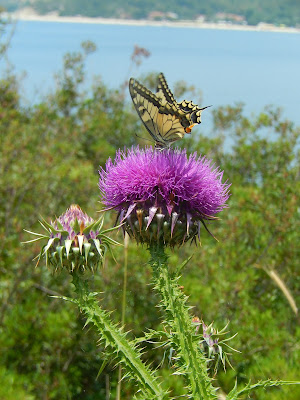 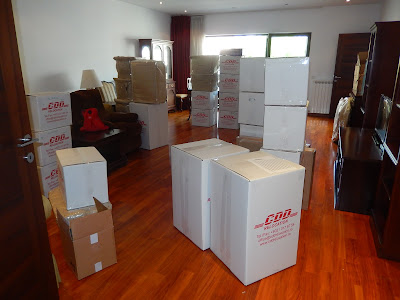 July 7, 2017 We sadly head for the airport and close this Romanian chapter.

Seasons come and go and life continues for most - but not all - of us.  Days are full of the daily grind of routine and the joy of the unexpected; the incredible sadness of loss and the marvel of new found beauty; arguments and laughs; embarrassment and accomplishment.  People will inevitably ask me "How was Romania?", and the above images will flip through my mind like a deck of shuffling cards, but I will simply say it was wonderful.