Greetings from 2019! It's 11:00 am and I'm still at the kitchen table in my jammies, full belly of french toast and a pot of tea. Outside on the balcony are a mob of sparrows at the feeder and beyond that, puffed-up doves perched on the equally puffy snow-covered branches. 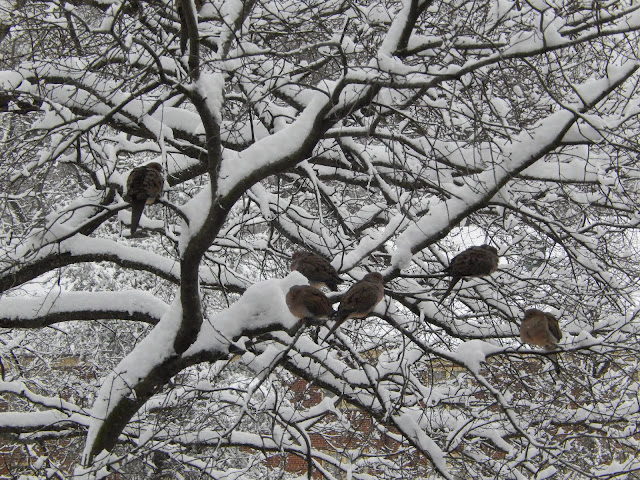 You're likely thinking that this is going to be one of hundreds of thousands of government shutdown furlough stories, but actually - this is just Sunday at our house.

See, as a Bureau of Consular Affairs (CA) employee, I'm very fortunate to be living a fee-funded life.  Which means that consular employees worldwide are still at work and still receiving our regular payroll. The bureau is supported by passport and visa fees which continue to roll in so long as consular sections overseas keep adjudicating visas and domestic passport agencies keep taking in applications.

I'm very fortunate to be able to report this as other State Department employees in non-fee funded jobs, whose positions have been identified as "not-excepted" (not necessary for emergencies involving the safety of human life or the protection of property, national security or foreign affairs essential to national security) are now furloughed.  This includes many friends in other sections of our embassies and consulates (for example political, economic, public diplomacy), domestically at the Department itself and in language training at the Foreign Service Institute.

I'm not going to weigh in on the whole subject of the lapse of appropriations. First, it's not really my style to enter the political debate, but mostly because heaven knows there are already enough opinions out there on the subject. But it IS my style to give one person's experience, one slim slice of this complicated pie.

So while I am working (almost) business as usual, this is not to say I've been unaffected.  For example:


Honestly, on the scale of posing real life difficulties, this list ranks in the "inconvenience/pain in the butt" range compared to folks who are looking for part-time jobs or applying for unemployment or mortgage assistance programs to keep the roof over their heads.  Again, I count my lucky stars to be working for the awesome Consular Affairs bureau.

However, it seems some folks have been making the best of this crummy situation. I've been amazed by what my furloughed friends have been doing with their free time, particularly the creativity that has been unleashed when someone is given (so far) three unexpected weeks off work. For example: 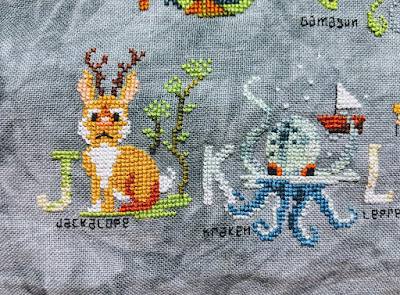 Meanwhile, the DC Metro area has just had the first major snow dump of the winter, with at least 8-10 inches outside our doors.  Which brings up a conundrum: Can they shut the government for snow when the government is already shut down? If so, is there anyone around to send out the message?