Four for the Road

I'd like to introduce two new characters to our story. 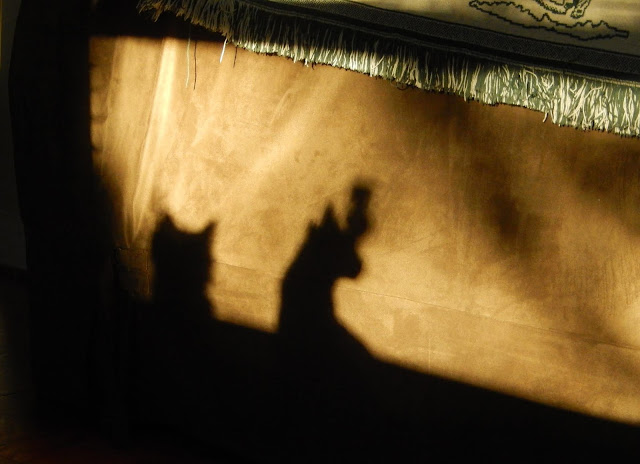 It's been just over a year since we lost Toby. We felt not only his personal absence from our lives, but as the last of the Tabbies - we were suddenly without any fur friends after close to two decades. After caring for geriatric cats for the previous two years, I felt guilty admitting that a life less complicated was okay. We've appreciated the simplicity of a lock-and-leave life where last minute plans involve no more thought than choosing the appropriate jacket. But as with anything in life, there is a price for that luxury.  No one greets us walking through the door at the end of the day and there's no one making figure-eights through my legs as I make breakfast. I've longed for the comfort of having a kitty on my lap or stretched out alongside me, letting myself fall asleep hearing their purr and feeling their warm softness.  And I've missed caring for something more than my flower boxes and our gold fish.

My husband and I agreed we wouldn't adopt again for a while, and at least until we knew where our next assignment would take us.  We now know where we're going (more on that soon) and I've been feeling little by little more ready to consider letting new friends into our lives and hearts.  I started watching a few shelter websites and about six weeks ago, I found a pair that seemed to have personalities to match our lives: bold not timid, affectionate not aloof, outgoing not shy, and definitely people-focused instead of catishly independent. The two aren't siblings, but a "bonded pair" of the same age, one girl and one boy, one fluffy and one sleek. They seemed to be a perfect match to each other and to us, but final decisions still had to wait until we knew where we were headed.  The shelter certainly couldn't hold a pair like these two for so many weeks, so I told them that should they be available at the end of October - we'd be very interested in adopting.

My I introduce our two new family members: 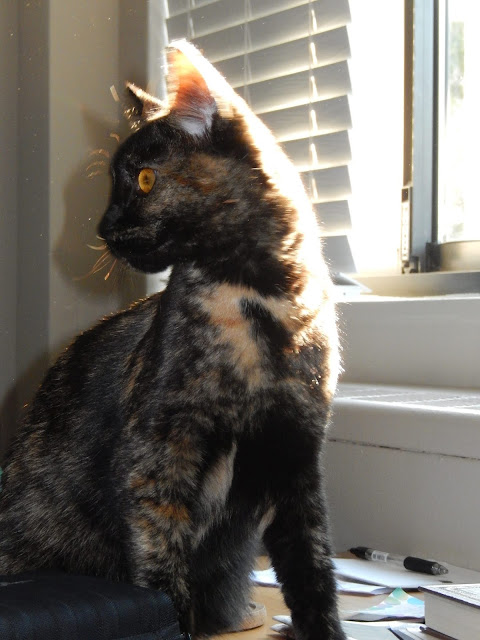 This is Bridget.  She is a 6 1/2 month old tortoiseshell girl with a chatty, chirping voice and a strong curiosity drive.  She is sharp, learns quickly and is very affectionate.  When we adopted her from King Street Cats, she'd been in a wonderful foster home since she was found alone as a tiny kitten under the Wilson Bridge near Rosslyn, Virginia.  Her foster mother named her "Noreen."  When my mother suggested the name Bridget to acknowledge where she was found - it seemed a good match. 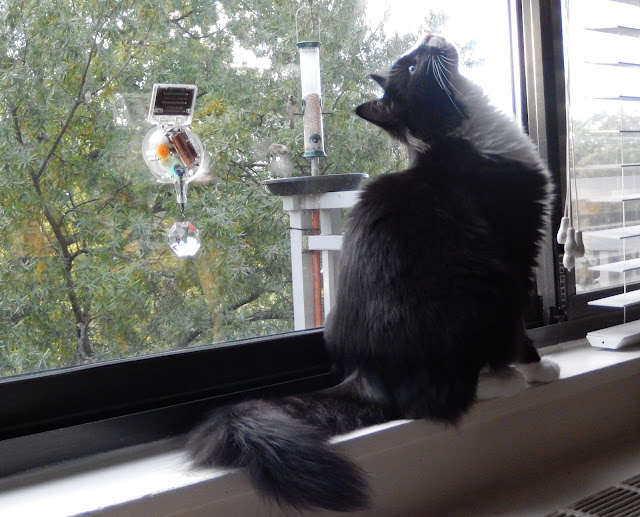 And this is Puff.  He is also just over six months old, and was found in Prince George's County, Maryland in a county shelter.  King Street Cats found him there as a tiny kitten, so young his eyes were still blue, and brought him to the same foster home with (then) Noreen. They bonded instantly.  I knew he was for us the first time I picked him up and he felt bonelessly relaxed in my arms and instantly started purring, even though we were out in a public pet store. Since bringing him home, we have tried to give him a new name, without much success.  First of all, the name fits him. He is an incorrigible flirt, making vets tech and clinic receptionist swoon upon meeting him.  He's fastidiously tidy when it comes to caring for his silky, soft black and white tuxedo, but he's also a guy's-guy who head-butts his acquaintances and nuzzles faces shamelessly.  Taking him to vet appointments the staff exclaim, "Oh, it's PUFF!!!" and it became clear that his name and reputation have already been set. Not to mention that my favorite Romanian word is "pufoasa" which means fluffy. So far he's been called "Pufoasa cea Frumoasa" (Fluffy the Beautiful), Puffers, Puff-n-Stuff, and Puffin.  We're still considering other options, but I'm not sure if we'll be able to call him anything other than Puff - it just fits.

They look like big kitties in these pictures, but trust me - they're still kittens.  They run full-tilt throughout the apartment, skidding out on the wood floors and banking off furniture. Followed by a comatose-like crash that makes me check the rise and fall of their chests.  Because we missed their tiny months, their foster mother sent us baby pictures: 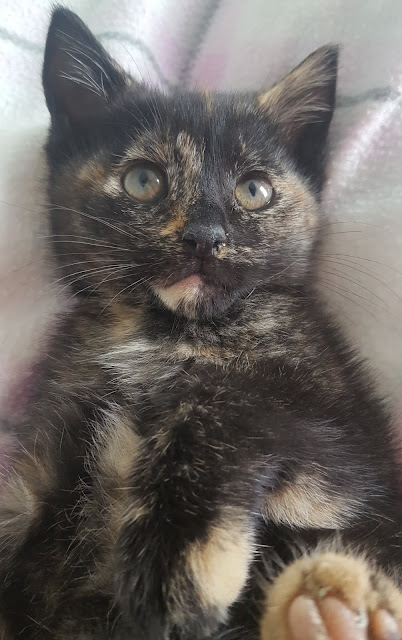 Bridget and Puff - welcome to the family. Welcome to the adventure. Bring your frequent flier cards.  We hope to have two decades with you two.

You're technically not Tabbies, but I think Dodger, Daphne and Toby would approve anyway.